The Swedish games industry saw revenues of $2.21 billion in 2019 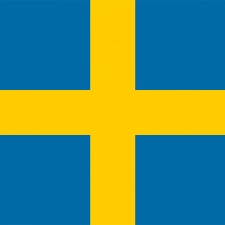 The Swedish games industry experienced a 23 per cent growth in revenue year-on-year from 2018 to 2019.

Moreover, the number of jobs within the Swedish games industry grew by eight per cent; 654 new full-time positions brought the total up to 8,578.

Currently, 5,599 of those employed are based in Sweden, an increase of 279 from 2018. Furthermore, one fifth, or rather 22 per cent, of the country’s industry are female. More specifically, 1,085 female professionals are based in Sweden while 1,894 are employed by a Swedish firm.

From 2018 to 2019, a further 58 companies joined the Swedish games market, bringing the total number of active companies in the industry to 442, a rise of 15 per cent. To top it off, most firms are profitable. For the 11th year running, the market reports total profits.

Last year, the number of investments and acquisitions within Sweden’s industry hit 39, for a combined total of €400 million ($472 million). In 29 of those cases, the buyer was a Swedish company.

However, this year, from January to October, the industry blew last year’s investment costs out of the water. So far in 2020, the market has seen 21 investments, but the worth has hit €1 billion ($1.2 billion).

Rovio hires Andy Muesse to head up its Stockholm studio