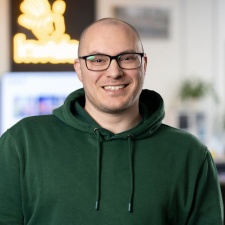 Callum Godfrey has joined Kwalee as its head of casual mobile games, leading on all internal and external casual projects, as the UK-headquartered firm seeks to escalate its casual games lineup.

Godfrey began his career alongside Kwalee and Codemasters’ David Darling before taking positions at Activision, Electronic Arts, King, Wargaming, and Bossa Studios, where he worked on franchises including Farm Heroes Saga and Call of Duty, and led Wargaming’s mobile games studio.

Godfrey stated: “The welcome I have had since joining Kwalee has been one of the warmest and most positive of my career.

“Everyone here is incredibly hungry to learn, lend a hand, push themselves beyond their comfort zones and to embrace change. Everything that’s said about the company culture at Kwalee, you can see lived by the team here day in and day out.”

William Cox, head of mobile publishing at Kwalee, added: “With Callum on board, we can expand our publishing operations at Kwalee, support developers even further, and lean on his experience to publish an even greater variety of experiences for mobile gamers.”

Kwalee was recently awarded Best Publisher at the Mobile Games Awards 2022, and opened its fourth international office, in Almada, Portugal.