"People are open to new technologies, and so you can try new things" 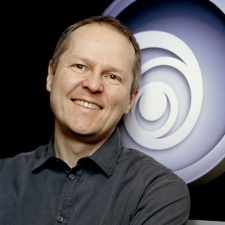 Ubisoft is one of the first major publishers to jump head first into the brave new world of streaming, partnering with Google for its new Stadia tech.

Speaking to VentureBeat, the French firm's CEO Yves Guillemot said that the search and software giant's tech showed Ubisoft that this new-again way of playing games is likely going to be huge.

“What we saw [with Stadia] is that streaming is going to [be big],” Guillemot said.

”It will be available for free if you play on a low resolution. [It’s revolutionary, it’s going to give access to everyone and with the ability to play on a tablet].

"That will put pressure on the industry, with a new model that can help the industry grow tremendously. Microsoft will almost certainly answer Sony. Sony announced they will come with a machine next year, and Microsoft is certainly going to say something in response.”

He continued: “These two events are huge. They give us a chance for us to have our triple-A games on mobile devices. Those are the big trends that are going to change the industry.”