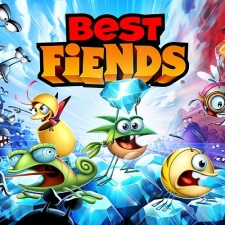 This is the team’s first-ever Premier League sleeve partner, which will see characters and designs from the mobile puzzler Best Fiends appear on the kit.

The two previously collaborated in the 2015 to 2016 Premier League season, which marked the first time a mobile game firm sponsored a club in the division.

"We're so pleased to have our friends from Seriously Digital Entertainment back on board with Norwich City for our return to the Premier League,” said Norwich City COO Ben Kensell.

"The sleeve badge is the first one we've ever had and, with Best Fiends, it's also the first character ever to feature permanently on a Premier League shirt, which is incredibly exciting."

Seriously Digital Entertainment EVP of marketing Philip Hickey added: "Norwich City has a dedicated fanbase, just like Best Fiends, as well as a strong commitment to family-friendly fun. We can't wait to kick off our partnership with Norwich City and for the Best Fiends brand to be part of the Canaries."

In April, Seriously soft-launched Best Fiends Stars on iOS and Android, the third entry in the Best Fiends series, as it further extends the entertainment franchise.

Pocket Gamer Connects will head to Seriously's hometown Helsinki on October 1st and 2nd. Head to the site for details on the conference.