Deal is part of the publisher's $132 million annual UA Fund 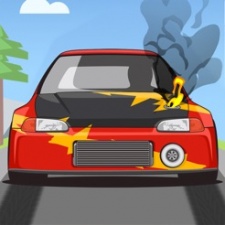 The title is said to have hit the top 100 highest-grossing racing game rankings in over 50 countries across iOS and Android, with plans to now drive the title up further.

Tilting Point and Slyon have previously worked together on two other titles, Diesel Drag Racing, on which revenue is said to have grown by 50-times, and Diesel Challenge Pro, which is claimed to have achieved four-times the number of paying users and revenue following the partnership.

The latest partnership is part of Tilting Point’s $132 million annual investment UA Fund. Other titles it has invested in recently include Mino’s Cat Game and CookApps’ Toy Party.

“Slyon are experts at developing fantastic racing titles and we have no doubt that P2R Power Rev Racing will be our third successful partnership with them,” said Tilting Point president Samir El-Agili.

Slyon Studios CEO Sean Yearwood added: “It’s been proven twice already that Tilting Point can grow our games. We have complete confidence that P2R Power Rev Racing will continue to grow through their efforts as we work to make the game an even better experience for our passionate community of players.”