Over $3.1 billion in lifetime revenue 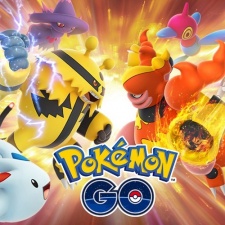 Pokemon GO earned a record $894 million from player spending to cement 2019 as the game's best year to date, according to Sensor Tower data.

Launched in July 2016 by Niantic, the worldwide catch 'em all has continued to surpass expectations but has now exceeded its debut year of $832 million. Following this, 2017 dipped to an approximately $589 million before revenue bounced back in 2018 at $816 million due to the introduction of more in-game and real-world events.

Pokemon series villains Team Rocket were introduced to the game in July 2019, which prompted the title to achieve its fourth and fifth best months ever, accumulating $116 million in August and $126 million in September.

The US has long been Pokemon GO's main source of revenue and that continued last year, with the country claiming $335 million or 38 per cent of the overall total. Japan then ranked in second place with revenue of $286 million or 32 per cent, while Germany rounded out the top three at $54 million or six per cent.

Download-wise, Pokemon GO was installed over 55 million times in 2019. The US again accounted for the highest portion at 10 million downloads or 19 per cent. Brazil settled for second at five million or 10 per cent, and India was third with three million or 6 per cent of overall number.

In comparison to other mobile games, Pokemon GO placed fifth globally in 2019 for highest player spending.

In December Niantic revealed a new feature for Pokemon GO called Buddy Adventure, which allows players to level up their friendship with their selected Pokemon through battles, play, and by feeding them berries.