YouTube Gaming is hosting a mobile games tournament with a $50,000 prize for charity 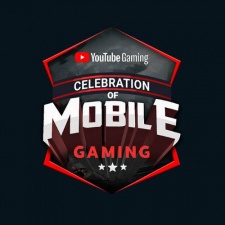 YouTube Gaming is set to hold a mobile games tournament with a prize pool of $50,000.

As announced on Twitter (below), the event, titled Celebration of Mobile Gaming, will take place on August 27th and will be streamed on VidCon's YouTube channel.

It will feature seven content creators – as reported by Dotesports – duking it out across Brawl Stars, Clash Royale and PUBG Mobile. The winner will win $50,000 for a charity of their choice. Participants include KairosTime, Medalcore, Lex, Orange Juice Gaming, Her Gaming, Clash with Ash, and Powerbang Gaming.

Mobile gaming is taking over #VidConNow! Join us on 8/27 at 11 AM PT as Creators battle it out in Brawl Stars, Clash Royale & PUBG Mobile to win $50k for the charity of their choice. https://t.co/oWvWtjfxq6 pic.twitter.com/33GQTzKb8n

It would be fair to say that all three games are hugely popular, with a dedicated fan base. Recently, Supercell's Clash Royale broke $3 billion in lifetime revenue and is closing in on 500 million downloads.

Meanwhile, Brawl Stars, a second Supercell game, has also seen a good amount of success since its release in December 2018. As of June 2020, the multiplayer mobile shooter has generated $675.4 million and racked up 204.3 million installs.

Finally, Tencent's PUBG Mobile has been a huge hit on the platform and shows no signs of slowing down anytime soon as it hit $3 billion in lifetime revenue in July, doubling its earnings in just seven months. Moreover, the battle royale title has been installed 600 million times as of March 2020.