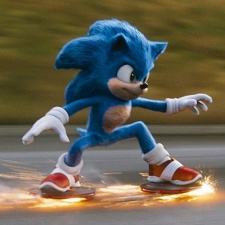 The sequel to Sonic the Hedgehog is set to enter production in March 2021.

As detailed on CreativeBC, the website for the film commission service that handles shoots in British Columbia, production for Emerald Hill will begin on March 15th and will take place until May 10th.

Longtime fans of the blue Sega mascot will know that the very first stage of the first Sonic game is titled Emerald Hill.

If that isn't evidenced enough, Neal H Mortiz and Nan Morales – producers for the first film – are involved with Emerald Hill. Furthermore, Sonic the Hedgehog director Jeff Fowler is also linked to production.

In July, Sonic's second movie was given a release date of April 8th 2022. As such, it offers further evidence that the film project titled Emerald Hill is indeed the anticipated sequel.

The first movie was released in February. By the end of the month, Sonic the Hedgehog had grossed $200 million worldwide. Unfortunately, thanks to the ongoing coronavirus pandemic, the blue mascot was unable to hit cinema's in China, rather he sped onto home media.