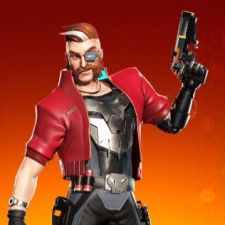 Battle royale shooter Apex Legends has been accused of copying a character design from a small indie studio.

Apex developer Respawn unveiled new legend Fuse earlier this week alongside a new in-game season. However, Liechtenstein-based studio NOWWA claims that the character has striking similarities to Hunter - the main character in its upcoming shooter, BulletVille.

These similarities include several visual details, including: biker-inspired clothing, similar facial hair, the same accessories such as a grenade-packed skull belt and gloves, and the same high-tech eyepatch. The two characters also share gameplay similarities. While it's not unusual for characters from different games to share visual inspiration, it seems as though EA has worked directly with BulletVille in the past.

According to NOWWA, Bulletville held playtests with EA late last year, which implies that the company had seen the character design ahead of launch. Though, it could be that Respawn's character design was already well underway by this time. The earliest rendition of Apex's Fuse dates back to a Reddit post from May last year, yet it is unclear if this design was leaked by Respawn or is simply a fan concept. Either way, it's a very different design to Fuse's final look.

In an email to PocketGamer.biz, NOWWA claims that EA approached them for their EA Originals program in early 2020, with playtests beginning in October once BulletVille had a playable build. NOWWA further stated that conversations about EA publishing BulletVille had ceased until the studio could see a beta build of the game.

NOWWA doesn't think that the EA Originals team acted in 'bad faith' but confirms that EA was at least aware of BulletVille and its character assets, while Apex's Fuse was still in development.

"Mostly, we are worried that, when our game will come out, we will be called a ripoff of Apex Legends, which is not the case," the company added.

Apex Legends was slated for a Nintendo Switch release late last year, but the title was delayed due to the ongoing pandemic. The game is also expected to come out on mobile, though no release period has been scheduled yet.

Last January, Respawn confirmed that it had found a partner to help bring the title to mobile devices in China. The company also opened an Apex-focused studio in Vancouver last year, in order to allocate more resources to the ongoing development of the game.