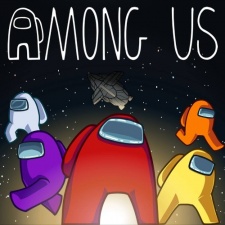 Consumer spending for mobile games with an "impostor" theme saw immense growth in the US for the first half of 2021.

According to Sensor Tower, player spending on imposter themed games saw the fastest-growth from any theme, increasing 2,554 per cent, almost 26 times, year-on-year for the first half of 2021.

Reaching $8.4 million, the genre was largely led by the pioneer of the genre Among Us by Innersloth, which accounted for 94 per cent of the overall figure.

The imposter theme has proven influential outside of the mobile space, notably with Epic Games’ recent addition of an imposter game mode to Fortnite.

The second fastest-growing theme was fashion/aesthetics/hair which saw a rise of 441 per cent to $170 million.

The game setting that featured the fastest-growth was sci-fi, with a 36 per cent year-on-year increase to $1.2 billion.

This increase was championed by Star Trek Fleet Command (Scopely) and State of Survival (FunPlus).

There’s an imposter among us

The theme that generated the highest player spending for 1H21 was money/treasure, followed by empire building and then tabletop.

Overall, the game setting that generated the highest amount of player spending was modern with games such as Homescapes (Playrix) and Garena Free Fire (Garena). Following behind in second was high fantasy games, and in third place was cartoon fantasy.

Earlier this year, Among Us clone "Werewolf Among Us" had reached 663,000 downloads within three months of launching, accumulating over 100,000 in a single day, further highlighting the influence Among Us has brought to the genre.