2014 in Review: Terence Fung, Storm8 - Our focus is winning in the west 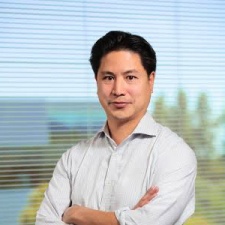 Terence Fung: The fact that some research suggested the mobile market is now larger than console market represents a huge milestone for the games industry.

Another trend worth noting is the globalization of the games market with a multitude of investments from Asian market leaders into Western companies, such as Alibaba (Kabam and Tango), Tencent (Playdots), GungHo (Kamcord), among others.

Storm8 has always been focused on growing our network of games and players.

2014 was an exciting year for us as we took the company to the next level: onboarded seasoned executives Tim LeTourneau and Steve Parkis, kicked off IP licensing with Hasbro by launching a game leveraging the iconic Monopoly brand, and consistently owned at least 6 games in the top grossing list throughout the year.

I'm biased in saying that one of my favorites is Storm8's newest game, Restaurant Story 2, a 3D restaurant sim game. We just launched it this month (December) but I've been having a blast playing it every day since soft launch a few months ago. The team did an awesome job with the gameplay, quality and graphics.

Outside of Storm8 games, I am a huge fan of Hearthstone. Blizzard made an incredibly approachable yet deep game and innovated well in a competitive card battler market.

We are focused on continuing to win in the west.

We are focused on continuing to win in the west, which remains to be a large and growing market opportunity.

On the game front, players will continue to benefit from continuously higher game quality and better social features.

Mobile user acquisition also continues to be the #1 issue for many game developers, with countless emerging technology companies trying to take a piece of the UA pie from Facebook and other market leaders.

For the industry, we all simply need to focus on our craft of developing and operating games that bring joy to players' lives day after day.

My personal resolution is to connect with one new, inspiring and innovative company/person every week. Hopefully that connection turns into something meaningful for me personally and professionally.

Thanks to Terence for his time.