How Zynga manages its ad strategy in an era of consolidation

In conversation with MoPub 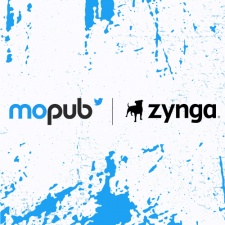 Not only is Apple rocking the apple cart with its changes to IDFA, but sector-wide company consolidation is also resulting in the creation of large portfolios of mobile games offering the potential of extreme reach.

Yet, because of their history — many genres from multiple studios — such consolidated portfolios may contain deep variations in terms of ad implementation.

So how do you ensure such roll-ups maximise their revenue opportunities, while also building to a coherent long-term company-wide strategy?

Someone who knows all about this is Zynga’s senior director, ad monetization & product, Phil Suh.

In conversation with MoPub’s team lead, publisher account director, Katelyn Ellis-Hill, the pair discuss how to find a route to sustainable growth.

The starting point, Suh explains, is to compare the ways in which the ad strategy for the companies Zynga acquires differs from Zynga’s.

There can be many factors at play here; for example, some games are more focused on in-app purchase (IAP) revenue, while others are almost purely funded by ad monetization.

2021 provides a massive opportunity in terms of cross promotion.

When honing your monetization strategy, it’s also important to learn more about how other teams have approached running ads in the past, Suh says.

Maybe they implemented something their players didn’t like, or maybe the team members themselves are personally resistant to ads. Find out more about the reasoning behind their strategy and how it can be relevant to your own.

“Data is important, it drives decisions. And money talks, but when you’re working with a new team, what’s more important is creating a trusted long-term relationship,” he adds.

“We want to understand their concerns and their experiences.”

More generally, though, from a company-wide perspective, 2021 provides a massive opportunity in terms of cross promotion within Zynga’s portfolio of games.

In this way, Suh says that Zynga hopes to acquire users for a lower cost per install (CPI) in some games, and then cross-promote them into games that generate a higher CPI.

“As the scale and breadth of our portfolio grows, this becomes more valuable,” he adds.

How to measure success

“Setting ARPDAU goals is key to driving your decision-making in terms of how you balance supply and demand within your games,” he says.

While both supply and demand drive revenue, they work in different ways.

Supply is driven by ad placement, and demand is controlled by the type of ads and how they are integrated into the overall user experience.