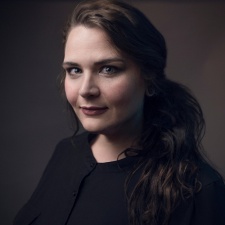 Jaime Pearse: I am the game design lead at Clipwire Games, a fast-growing mobile game development studio based in Toronto, Canada.

I lead the design for Bingo Story, the top-grossing game across the app stores by a Canadian developer, and work with my team to create fun new features and experiences for players.

Most recently, we worked on a new event with Fremantle’s classic game show, The Price is Right, which was really exciting.

I started in games in a customer service role and found myself really interested in the in game content that was being released and how it was being marketed to players.

When a position opened up in that area, I took it and grew from there. My career started moving more into the production side of things, and I started in a similar role at Clipwire.

I recall daydreaming about how much fun it would be to work in games.

I really enjoyed the process of designing features, improvements and events so I naturally started to shift my focus more into the design.

Clipwire recognised that there was something there. I was encouraged and supported to step into design fully, which helped me focus on my strengths.

I recall daydreaming about how much fun it would be to work in games, yet I didn’t think that could be a real possibility for me.

I used to work in healthcare, but I always felt like I was missing a creative outlet. I wanted to be doing something I was really passionate about.

I took a chance at getting into games and happily discovered that it was possible, and it’s my dream job.

I don’t have any formal training in design, so there were some gaps to fill. Most of my education has come from playing games, really investing time into titles I like (and dislike) to try and understand what makes a good game.

I’ve taught myself new skills and learned from others along the way as well. At Clipwire, the company offer a lot of coaching, mentorship and the space to grow - something that I think is really important for those aspiring to work in games.

The process of having an idea, seeing it through to launch and then seeing the impact it has on the game and the players is especially fulfilling. Bingo Story has climbed up the top-grossing charts by leaps and bounds since I started with the company and that’s really wonderful to be a part of.

The Price Is Right was a milestone of fulfilment in that way, having really only started with the idea that we wanted to integrate this IP into Bingo Story.

As the mobile games landscape is very competitive and moves quickly, there is a lot of thinking on your feet and rapidly adapting to changes.

We then explored ideas and concepts - digging into the brand, figuring out what felt good and then forming it into something that really brings The Price Is Right experience that our players love.

Tell us about what the gaming scene in Toronto is like?

It’s exciting! The gaming scene in Toronto is highly competitive and only continues to grow. There are so many great universities that produce top talent, plus many thriving businesses in the city so the opportunities are endless.

One of the biggest advantages of my role is being able to flex creative and logical thinking muscles regularly.

We take in a lot of data from many different areas, extract its meaning, and then find creative solutions to create fun and exciting experiences for players.

As the mobile games landscape is very competitive and moves quickly, there is a lot of thinking on your feet and rapidly adapting to changes. Being flexible in the creative process can be a bit difficult at times, but the agility pays off.

Making a game fun is not as simple as it sounds. Unfortunately, there is no simple recipe. A game can be fun but not effective, or effective but overly mechanical and loses some charm. Striking a balance between an experience that feels good, fulfils its purpose and captures delight is no easy task.

Play games as much as you can, and play them from a perspective of curiosity. You might notice that you’re drawn to do something naturally and there is often a reason for that.

Look under the hood of your favourite games and figure out how they’re put together - from the mechanics to design to the meta. I would also encourage people to take on new roles and build skills in things they’re interested in. If you have a passion for something, the work will be easy.

Fortunately, the mobile games industry hasn’t been significantly impacted by remote work and it was a pretty easy transition to working remotely.

At this point, we’ve been working remotely pretty seamlessly for a year. We do lose a little bit of the magic of collaborating in person, but we utilise the tools that we have available to us to do what we need to.

The discovery process of learning and growing in this industry and my role has been one of the most rewarding aspects of my career, so I don’t think I would change much. I appreciate the surprises and lessons it has had to offer.

Finding a studio such as Clipwire has been paramount in my career. I’m very fortunate that I work in an environment where it is possible to be successful.

Finding a supportive leadership team like the one at Clipwire Games can help you grow both in your professional and personal development.