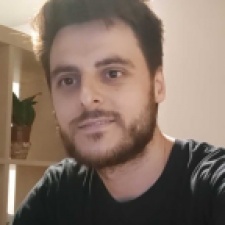 Halfbrick Studios are synonymous with mobile gaming, with both Fruit Ninja and Jetpack Joyride being perfect examples of the quick-play, touch-controlled games that made mobile gaming the fastest-growing entertainment industry in the world. A little under ten years after Jetpack Joyride's release, word came that a sequel was on the way, with Jetpack Joyride 2 releasing into Soft Launch on Android and iOS early last year.

However, those soft launch instances are now gone and the long-awaited sequel is now launching on Apple Arcade later this month. This is an interesting twist, not least because Apple Arcade was viewed by some as an effort to save the concept of premium gaming on mobile as the market continued to dive further into Ad or Microtransaction-led monetisation.

We spoke with Francisco 'Paco' Gonzalez, the Product Manager and Lead Game Designer of Jetpack Joyride 2, about Halfbrick Studios' move to Apple Arcade.

PocketGamer.biz: Jetpack Joyride has a long history as a live product and stand-alone game - even having a presence in arcades alongside Halfbrick's other Hero IP: Fruit Ninja. Which factors indicated it was time for a sequel?

Francisco Gonzalez: It’s been more than 10 years since the first Jetpack Joyride game was released. Since then, we’ve always got the same questions from players: “What about a sequel? When will the sequel come out?” For us, it was important to make sure that the sequel could offer something new, something different from the first game. And we didn’t want to rush until we found something that added value to the experience. We believe that this new instalment not only improves in terms of content and graphics, but also adds a new dimension to the playability. The shooting mechanic adds a new layer to the gameplay where Barry takes an active role in the ongoing action. And this is a big change!

Jetpack Joyride 2 was originally soft launched, in select regions, early last year. What were your learnings from the soft launch period?

The soft launch period was a great opportunity to learn from the players. It’s always great to put the game in the players’ hands and see their reaction. The soft launch period helped the team to validate some assumptions. It also let us know about which things were more exciting for players and which were less interesting. Thanks to their feedback, the difficulty and progression of the game has been totally revisited in the Apple Arcade version.

That let us put aside the complex business model of F2P and focus on building a really fun game!

Which factors led to the decision to change from a multi-format game to a release within Apple's Apple Arcade ecosystem?

When we started the conversations with Apple we realized soon that this platform was a great opportunity to develop the game we wanted. That let us put aside the complex business model of F2P and focus on building a really fun game! The players will experience a more polished and complete Jetpack Joyride experience thanks to it.

How have you found working with Apple on the production of Jetpack Joyride 2?

We’re very happy with the experience. Communication has been smooth, and Apple put all facilities to support the development of the game on its platform. The game will be available not only for iPhone and iPad but for Apple TV and macOS.

Have there been any unexpected requirements or benefits from the partnership so far?

All requirements were clear from the very beginning. As I said, communication was smooth during the whole process. And regarding benefits, yeah, one of the great things we’re getting from this partnership is a big marketing support by Apple Arcade. Jetpack Joyride 2 is one of the big bets of Apple Arcade and we’re really happy with their implication in the promotion of the game.

Can you tell me about one core gameplay change between the first title and its sequel and what drove that change?

One of the biggest changes, besides obviously the shooting mechanic, is that the game is not an endless runner anymore! That means that now you can reach the end of the level! The reason behind it is that in this game we wanted to expand the Jetpack Joyride universe. Barry will soon discover that there are more laboratories besides Legitimate Research to run through! And with him, the player will discover new enemies, new hazards, and new bosses as they progress and complete the different levels!

Not tried Apple Arcade yet? Here's a list of every game included in the subscription service and a lot of reasons why you should consider trying it out.

Report: Fruit Ninja developer Halfbrick lays off half its team