The Supercell CEO spoke to Fast Company about development, longevity, and NFT’s 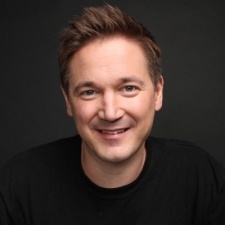 Clash of Clans celebrates its tenth anniversary this month, and Fast Company spoke to Supercell CEO Ilkka Paananen about the company, the game’s longevity, and the future.

"When I talk to players, many have played for five, six, seven, eight years," said Paananen. "My favourite question to ask is, "Why do you keep playing the game? And what makes you come back to the game?" And oftentimes, they’ll talk about how they love the game and the humor and the characters and the gameplay, but as often—if not more often—they also refer to the other players. It really is the clan."

"It’s fun to play the game with other people, because you’ve gotten to know them. Games make the planet a bit smaller; they bring people together from all kinds of different backgrounds, different cultures, and different parts of the world."

Despite the company’s success, Supercell have only released five games since the release of Clash of Clans in 2012. According to Paananen, this is due to the company’s high standards, and not any lack of ambitions. Small teams – or "cells" – create prototype games frequently, but these games are rarely released.

"We test them internally, and the teams decide to kill them. A small number get soft launched. We test them in markets like Canada and New Zealand and get real player feedback. But even in that phase, more often than not we kill those games."

Mergers and acquisitions have become increasingly more frequent in the games space over the past several years. Companies like PlayStation Studios, NetEase, and Microsoft are snapping up companies in an effort to increase their market share, and of course one of the biggest stories in the mobile games space over the past several weeks has been the battle royale between Unity, AppLovin, and ironSource.

Supercell themselves increased their stake in Space Ape Games to 75 per cent earlier this year, and Paananen believes such acquisitions will become increasingly common – however, he remains positive about the future.

"I’m hopeful, actually. I think the small teams are so crucial to our industry. Oftentimes, that’s where the innovation comes from.”

I think small teams are so crucial for our industry

One of the biggest developments in gaming over the past several years has been the increase of NFT gaming. Although Supercell made its first investment in NFT gaming earlier this year, the company has no concrete plans at present to implement NFTs into its catalogue of games.

"To be honest, we haven’t yet figured out a way. We haven’t seen an opportunity for NFTs to truly, truly make the experience better. Maybe that day will come someday, but so far we haven’t seen it."

Last year, we named Supercell as one of the top 50 mobile game makers. Stay tuned for our release of this year’s list in the coming weeks.