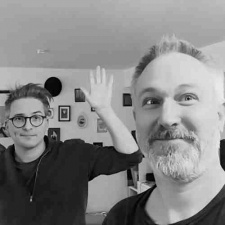 Year Walk and Device 6 developer Simogo is stepping back from mobile games development to focus on console games.

In a blog post on the decision, co-founders Simon Flesser and Magnus Gardebäck explained that the studio had spent most of 2017 updating its mobile games to accommodate new hardware and operating systems.

Burnt out from the updates, the pair have now decided to focus on console development for its upcoming game Project Night Road. The studio is also working with a publisher for the first time in its history.

"The appeal of the mobile platform is less evident today than it was a few years back. Before we started Simogo, we had made console games, and had grown really tired of the clunky processes, politics, certifications and primitive development environments that was involved in making a console game," wrote Flesser and Gardebäck in the blog post.

"Today, a lot of that clunkiness is gone, and sadly, for a small developer like us, mobile has become more difficult to support than consoles. Releasing a mobile game means supporting it perpetually, and justifying that is tough for us, at the moment.

"That doesn't mean we're saying farewell forever to mobile development. But for now, we felt that we needed a break, and try out something new."

Simogo is perhaps best known for its games Year Walk and Device 6. The latter won an Apple Design Award in 2014 and was nominated for numerous awards at the IGF and GDC Awards in the same year.