Kwalee's Bake it hits 10 million installs in one month

It launched on April 28th 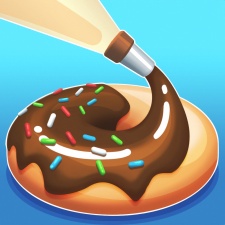 Kwalee's hypercasual title Bake It has reached 10 million downloads within its first month.

The baking game has been in the top five mobile games across the US, UK and further. It launched on April 28th and is available on both the App Store and Google Play.

Furthermore, it is the first game to be published by the English company whilst all the team is working from home due to the coronavirus. Kwalee timed the launch of the game just right as people turn to mobile games to keep themselves occupied in lockdown.

"That we've already reached 10 million downloads with Bake It is a source of great pride – especially given the circumstances under which we released it," said Kwalee CEO David Darling.

"Right from the first pitch, Bake It stood out as a game with great potential, and we can't wait to make good on that promise by celebrating many more download milestones for the game. The first successful remote release also gives us real confidence for the many games we've currently got in the works. It shouldn't be long before we're repeating this success with more remotely developed and published games."

Due to the success the company has seen from remote working and the lessons it has learned, future vacancies will be advertised to both in-studio and at-home workers. Last month, the Leamington Spa-based studio expanded its horizons as it opened its first international studio in India.