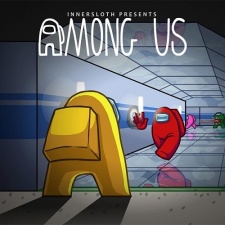 Among Us has been installed more than 324 million times on mobile devices, according to App Annie data.

Since launching on the platform on June 15th, 2018, the social deduction game from Innersloth has continued to grow, with peak global downloads occurring in October 2020 at 7.3 million. US residents made up 41 million or 12.6 per cent of the overall figure.

When it comes to consumer spending, Among Us has generated $86 million within its first three years. Just the same as downloads, the highest rate of player spending originated in October 2020 at $24.5 million. The US contributed $54.6 million of the total spend, representing more than half of the overall number at 63.4 per cent.

Interestingly, US congresswoman Alexandria Ocasio-Cortez streamed Among Us in October 2020 to help encourage young people to vote. The stream peaked at 400,000 concurrent viewers and went on to become one of the most viewed in Twitch's history.

"By combining multiplayer gameplay - typically leveraged and popularised by core games like battle royale - with hypercasual elements of arcade games, the game has been able to garner a large and heavily engaged audience," said App Annie head of marketing insights Lexi Sydow.

"Its deeply customisable gameplay settings help keep the game fresh and enables users to adjust settings to best fit gamer preferences - strategic elements that help to bolster retention. These unique gameplay strategies continue to garner success for Among Us as the game also ranked number one by monthly active users worldwide in Q1 2021.”

Among Us is available to download on iOS and Android devices.

During Geoff Keighley's Summer Game Fest, Innersloth laid out a roadmap of upcoming content coming to the game. You can watch the trailer below:

It was recently revealed that over one billion mobile games were downloaded every week in Q1 2021, with Among Us no doubt playing a part.

Next to this, a report from GlobalData suggested that 5G will power the mobile games industry to $272 billion by the year 2030.