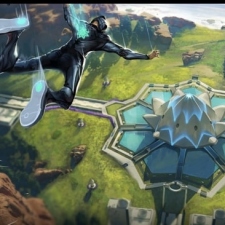 The first trailer for Indus, an Indo-Futuristic battle royale game, debuted in New York’s Time Square, on India's Independence Day. The debut making its way to New York's Time Square is of great cultural significance and will be celebrated by some as an important symbol for the Indian games market.

Indus, developed by Pune-based SuperGaming, will release on mobile, PC, and consoles. The new trailer showcases SuperGaming’s intent to deliver a bold and new experience for gamers around the world. Indus intends to bring Indian culture to the world, and elevate mobile gamers to "first-class citizens".

SuperGaming conducted its first community playtest last week, resulting in interesting data from players. The results showed that 80 per cent of the community had a positive sentiment toward the theme of Indo-Futurism.

Furthermore, the results showed that over 50 per cent of players who tested Indus want more game development and behind-the-scenes content, and roughly 30 per cent prefer gyroscopic controls in-game.

Most entries for playtest invitations were from Pune, followed by Delhi, Gujarat, Bengaluru, Mumbai, Uttar Pradesh, Haryana, Rajasthan, Tamil Nadu and Kerala. The average age of the invited players was under 25.

The future of Indus Battle Royale

Along with building popular mobile games such as MaskGun, Silly Royale, and Tower Conquest, SuperGaming has invested deeply in building its own gaming engine for running hyper-scale, real-time multiplayer games that included the official PAC-MAN game.

“Indus is at a stage where within the development team, we are able to play it in-house regularly,” says SuperGaming co-founder and CEO Roby John. “While there’s still some work to be done before we can bring Indus to all of you, this trailer shows what we’re crafting to match your expectations and our ambition of putting India on the global gaming map.”

SuperGaming has seen success previously with its title Silly Royale, which surpassed 17 million downloads following a Squid Game-inspired event. The popular multiplayer shooter, MaskGun, has also seen success, with over 64 million players now since its launch.

Back in April, the firm launched a new studio in Pune, India, as its team continues to expand.

What is looking unlikely to expand any time soon in India is several battle royale titles from Chinese game developers like PUGB: Mobile, which has previously been removed from India. The decision was made for the security of India and the protection of mobile users in the nation.

Indus' pre-registration will be available later this year.