Two years on: EA on the evolution of SimCity BuildIt 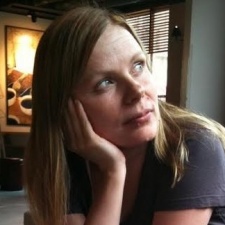 In this entry, we speak to Inka Vikman, Senior Producer and Live Service Lead for SimCity BuildIt at EA's Helsinki studio, about the 2014 city builder.

PocketGamer.biz: With SimCity BuildIt now more than two years old, how do you reflect on its performance - from launch to the mature title it is now?

Inka Vikman: Launching SimCity BuildIt was exciting as we were just getting started with the title.

The game's core game loop was pretty solid from the very beginning and the user experience was polished.

However, we knew that we wanted to introduce more variety for players regarding the buildings and fun content, including specialisations etc.

Our first year was a huge success as we kept on going with frequent updates, including epic buildings with a new meta game. London, Paris and Tokyo sets and introduced new game loops such as the airport deliveries.

Our second year has been the strongest we have had so far, so we’re super happy about that.

Our first year was about catering for creators and adding more meta game loops to the experience.

During our second year, we shifted our focus to mid-game and introduced our biggest game beat yet, Contest of Mayors.

In Contest of Mayors, our players can compete against their fellow Mayors in a weekly race to the top and earn rewards and bragging rights as they complete various assignments in their cities.

Our focus shifted to stronger and improved core gameplay. It worked! Our players fell in love with this feature.

Also, toward the end of the second year, we introduced CoM Seasons, and now we are rotating eight-week seasons as live events with new (exclusive) content rolling out for every season.

Our second year has been the strongest we have had so far, so we’re super happy about that.

We launched SimCity BuildIt at the right time - there was room for a beautiful city builder on the market. Having built a live service model with frequent updates and live events on top of the game, it has been a fun ride!

How big is the team currently handling live ops on SimCity BuildIt?

Our development team working on the updates consist of three pods and we can deliver bigger game beats with this model, too.

Our live team consists of eight to ten people, working also in Helsinki. We nurture our players’ feedback and aim to constantly improve the game on a daily basis and by rolling out the amazing game beats.

Very important. When we built the team in Helsinki, we wanted to have a customer experience specialist here at the very office.

Players have given us so much more insight on what is broken.

With the mobile game business model, you want to hear the player feedback and your fans on a daily level and use this information to further improve the game and the service.

Our players can be considered to be true extensions to our team as, together with them, we have solved many technical mysteries - they’ve given us so much more insight on what is broken.

Players have also provided invaluable feedback on game balance, feature ideas and other improvements. We love them for that.

Our community leads sit with me in our daily meetings every morning as I want to hear about the player feedback and make sure we can address any possible issues fast.

What other steps have you taken to ensure that SimCity BuildIt maintains a sizeable and active player base long after its launch?

Well, for example, we partnered with Starbucks and were part of the Pick of the Week during our first year. We have also been honoured to work with Apple on charity and cause-driven campaigns last year.

As a part of our go-to-market strategy, we make sure that all the updates get a lot of focus - also with marketing campaigns and in user acquisition. We focus on re-engagement, too.

What lessons have you learned/are you still learning from SimCity BuildIt? Is there anything about the game that, in hindsight, you'd now handle differently?

Many lessons, as we keep on learning every day. Our strength has been the player community and the feedback we get from players through different channels.

We take all feedback seriously and have been able to improve the game on daily and monthly level based on it.

What counts the most is the ability to respond and fix bugs and technical issues with the help of the players with fast pace.

If there is a new issue with an update, for example, we might be able to fix it behind the scenes within minutes.

What's next for SimCity BuildIt?

We will be focusing on our live service as we had in the past, and we’ll be bringing you more great game updates.