Kim Savory on art, games and Only When Howling 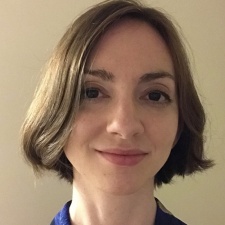 The question of what constitutes art, and what so a video game, may be straddling the line of tedium of late but it does work as an effective yardstick to mark how far the games industry has come.

While games are historically remembered as adrenaline packed shoot ‘em ups, more interactive efforts that seek to reflect life rather than escape from it are on the rise.

Kim Savory’s maiden voyage in the games industry, Only When Howling, is the latest offering that embraces life and explores it through art.

A short and breezy interactive story, Only When Howling revolves around three characters who adore something their familiars think they shouldn’t.

With a background in 3D animation on movies and television, the Canada-based developer is nicely poised to bring an eclectic range of influence to games development.

We caught up with Kim Savory to chat about getting into the industry and what came before it.

PocketGamer.Biz: You used to work as a 3D animator on movies and television, right? Can you tell me a bit about that?

Kim Savory: For reasons I still don't understand, at a fairly young age I was determined to become a 3D animator.

For reasons I still don't understand, at a fairly young age I was determined to become a 3D animator.

I think I figured it would get me into the realm of digital art and that I could find my way from there.

I worked professionally at a few different companies for about five years. There's a lot of work here in Vancouver so it's very possible to have a good, steady career.

My dentist mentioned to me one time that she was surprised at how many VFX-related people she had come across.

So what brought you to games development?

I grew up playing video games, I've always been making little projects on the side and was quite enamoured with the program Flash as a teenager.

So fairly early on in my career as an animator I realised my passion lay more in combining skills in new and interesting ways rather than focusing on one skill specifically.

However, even knowing that, it still took time to understand what kind of work I wanted to do.

As the variety of games is so wide and sometimes what you enjoy playing is not necessarily what you want to create.

What excites me about the medium is how much potential there is. Adding interaction to art and stories through technology is very new in terms of human history, there is still so much we haven't tried.

Adding interaction to art and stories through technology is very new in terms of human history, there is still so much we haven't tried.

Can you tell me a bit about Only When Howling?

Only When Howling is an art game I've been working on for a year on mobile devices.

It's designed to be more of a contemplative experience to hopefully give people something to think about.

There are three stories and the player enters the minds of each character, experiencing what a sacred connection means to them.

Art tends to have multiple interpretations, what’s yours with Only When Howling?

I'm hesitant to give any definitive interpretation, but the original inspiration came when I was struggling through various life events and found that the only thing I could hold on to through both extreme highs and lows was the feeling of connection to something larger.

I don't mean that in a religious sense, only in the sense of possibility and beauty that exists in our world and the desire to give back to what has given to us.

The connection then becomes something sacred. In a way, it's something everyone taps into and affects and is affected by, even without knowing it.

It's tricky because neither art nor video games are able to be clearly defined.

If something has any kind of interaction it's very easy to classify it as a video game, even if the intent is not to be fun or entertaining.

And, to me, a part of art is about connecting with the audience and making them feel something, which many games have done for me.

Part of art is about connecting with the audience and making them feel something, which many games have done for me.

But another part is about challenging the way they think, expanding their universe and reflecting on their part within it, and sometimes that's more difficult to find.

Why do you think people tend to divide the two?

I think it's a fair division if you look at where video games started, but the medium has expanded so much that it's not such a simple declaration anymore.

It may depend on what people are looking for that decides how they classify it.

I'm an artist with very little technical knowledge, so getting the game to run smoothly, especially with the amount of art it contains was very difficult.

The learning curve towards the end of production was definitely steep.

What is your opinion of the mobile market for indies right now?

I've only just entered so I don't think my opinion here should carry much weight!

It is tough making a living off of this, so I don't know how long I'll be able to do it full-time.

It seems to be largely dependent on Apple features which is sometimes a shame because it encourages people to create more of what already sells.

However, I've seen some interesting stuff on there, so it's certainly possible.

How do you feel about the launch of the game and what’s next for you?

I'm a bad marketer and I've made a number of mistakes, but I've received some nice feedback and I'm so grateful for that.

I learned so much doing Only When Howling that I'm very excited about the plans I have for another project.

It is tough making a living off of this, so I don't know how long I'll be able to do it full-time, but I'll cross that bridge when I come to it.