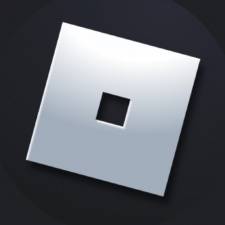 Kids MMO Roblox, which has a focus on user-generated content, has quietly become one of the biggest games in the world.

But Roblox is not a new game; it first launched in 2006, before Minecraft.

And while that game exploded into a global phenomenon that saw Microsoft acquire the IP and its developer for $2.5 billion in 2014, Silicon Valley-based Roblox continued quietly building its platform.

In fact, the team at Roblox would rather it be called a platform than a game, as their mission is to build a place where users can create their own games.

“Bringing the world together through play” is the company motto to this day.

Again, flying under the public radar, Roblox invested in a global infrastructure that includes data centres across the world, as well as its own fibre network.

Given the size of the engineering project, the team is full of engineers, rather than games developers. Game creation is for the users.

Speaking to PocketGamer.biz, Roblox vice president of marketing and digital civility Tami Bhaumik says it wasn’t until 2015 that the game really started seeing an acceleration in growth.

She points to a number of elements that game together to create the perfect storm. One of those was the introduction of Robux, an in-game currency that players can use to spend on content.

By joining Roblox DevEx, developers creating games in the platform can convert their Robux earnings - which is generated from payments by other players - to real money.

The aforementioned investment in servers and global expansion has also sparked global growth, while the rise of YouTubers playing the title have helped attract a wave of fans.

“There were many different variables that happened all at once,” says Bhaumik. “There was this confluence of events so there was not one singular thing that happened back in 2015.”

As the title’s popularity increased, so the company itself began rapidly expanding. It's raised a total of $185 million, including $150 million in a Series F funding round in 2018.

As Bhaumik notes, when she joined the company just three years ago in 2016 it employed 100 staff. It now houses 500 employees.

In the summer Roblox hit 100 million monthly active users and the number of hours of engagement has passed 1.2 billion.

For context, during the recent Roblox Developers Conference, the company’s CEO David Baszucki claimed users spent three-times as much time playing and engaging with Roblox as they do with physical LEGO all around the world.

There are currently over 50 million games on the Roblox platform.

What’s more, this explosive growth of players has seen a new generation of young game creators building games played by thousands, even millions of players.

Nine titles have generated over one billion gameplays, while 2,607 games have hit more than one million.

What’s more, they’re making real money - some bringing in six to seven figure sums. The company hopes to pay out $100 million to its creators during 2019.

And the majority of these young creators are just that, kids and teenagers. Many of the creators building games and making money are under 18.

By 2022, the company has a bold goal of seeing a studio on the platform hitting $40 to $50 million revenue a year, possibly employing as many as 100 staff.

But even those not earning mega-money are generating enough funds to pay for things such as their education, or more lavish purchases.

“We have kids who have bought Teslas,” says Roblox VP of engineering Claus Moberg.

One developer Josh Wood, aka jjwood1600, who is 18 years old, tells us he’s been playing on the platform since 2013. He hadn’t even been interested in gaming prior to that, but has now learned to code in LUA in Roblox.

He began taking on a lead developer role since around 2015 to 2016, and now runs his own studio focused on Roblox games, officially registering it as a company in 2018. Wood says on his previous game he had up to 15 to 20 staff working at once, all of whom are paid money for their work.

While not revealing how much money he’s made from Roblox, Wood says that it’s “definitely helping me pay my way through education”. Some of that money is also being reinvested into other games too.

Another developer, known as AlvinBlox, has worked on a couple Roblox games and is also a YouTuber with more than 132,000 subscribers.

After joining back in 2011, AlvinBlox began using Roblox Studio around 2013 and has now built up an avid following by sharing much of his learnings with the rest of the community.

“I do ‘how to make games’ videos, so a full game on its own, and also ‘beginner's scripting’ videos, so how you can get started scripting, from beginners all the way to advanced,” he explains.

“One of my ‘how to make a game’ videos has over million views, and my ‘how to script for beginners’ video has got over half a million views, which is pretty cool considering how many developers are starting to be on Roblox and how they're all coming through.”

Not just building the games, these developers are building businesses. Bhaumik says that just two years ago, the technical tracks at its Roblox Developer Conference would be full, while the attendance of its business tracks were “mediocre”.

“You could start seeing this evolution of maturity with these developers. They were learning how to be true entrepreneurs,” states Bhaumik.

“We feel a huge sense of responsibility to help nurture our developer community on this evolutionary path.”

It’s another surprise of Roblox that it’s not just providing a platform for developers, but a wider ecosystem too. Ruben Veiga, aka Ysko, has been a Roblox player of nearly nine years and as of just over a year ago began offering localisation services for developers.

“I'm working on Spanish translations for different Roblox games,” he says. “Last year specifically I was working a lot on many front-page games that were in need of translation to reach the Spanish market, which is also growing pretty fast.”

In a lot of ways you can look at the Roblox ecosystem today like the mobile games industry five or six years ago.

And that’s not a one-off, a host of skills are in demand.

“In a lot of ways you can look at the Roblox ecosystem today like the mobile games industry overall maybe five or six years ago,” explains Moberg.

“At first, it was just the people who were very early. You could be a single developer, you could easily make something cool that blew up overnight and you did very well. But overtime the production quality increased, the game mechanics increased, the service and support and publisher network was established around it.

“You kind of see a microcosm of that happening now where the top games are much larger teams. They have much higher production quality, they have better live ops, they're demanding things from us like analytics and data to actually understand what their player lifecycle looks like and stuff like that.”

Much like the mobile games industry, Roblox’s rapid growth has not come without its criticism or controversies. At times the MMO has made the headlines for the wrong reasons.

The BBC reported a story early this year in which it’s claimed a child was being groomed, while NBC News identified 100 accounts that feature extremist and racist content.

Roblox told the BBC it was unable to comment on individual cases but that it was “committed to protecting the online safety of children”, while NBC noted that the accounts it flagged were subsequently removed.

To tackle bad actors on its platform - a place primarily built for kids - Roblox uses a combination of artificial intelligence and human moderation.

“We have over 800 human moderators that are reviewing images and videos and content that's uploaded,” says Bhaumik.

“We have reporting functions within each game as well as on the platform itself and we have an excellent moderation team that takes immediate action when certain things, bad actors, come in.

“We take safety very seriously. I think that we are very responsive and we are constantly trying to upgrade our feature set.”

In an effort to boost safety and security on the platform, earlier this year it kicked off a digital civility initiative, led by its first director of digital civility, online safety expert Laura Higgins. It’s also a member of the Family Online Safety Institute and the Internet Watch Foundation, as part of efforts to establish best practices around these issues.

“I'm the father of a six-year-old and I fundamentally believe Roblox is the safest place for him to play on,” says Moberg.

We take safety very seriously. I think that we are very responsive and we are constantly trying to upgrade our feature set.

“It's never going to be perfect, but it is safer than anything else. I think it is as safe as him playing down the street in the park.

"There are always risks, and you have to be an active parent and be involved with what your children are doing online and in the real world, but I feel comfortable with him participating in the Roblox community, given the amount of safety precautions and moderation and attention that we pay to making it a civil and safe environment.”

As Roblox looks to continue to further push growth, it formed a strategic partnership with Chinese publishing giant Tencent to bring the MMO to the country in a potentially highly lucrative deal. The initial plan is to focus on education.

it might tackle issues of monetisation, censorship and whether Chinese players will be able to interact with other users around the world.

“We haven't announced exactly what the strategy is in China yet. We're just so early on in the relationship right now that I think that our first step is education and trying to build awareness with teachers and potential new developers on how to code in Roblox, and we're taking it one step at a time,” says Bhaumik.

Outside of China, there’s speculation that Roblox could be heading for an initial public offering following its hire of chief financial officer Mike Guthrie in 2018.

Bhaumik says announcements on the company’s financial plans haven’t been made, and simply notes that Guthrie is “making sure that we are positioned to have the flexibility to do whatever we need to do in the future”.

While a lot has changed for the company, particularly over the last four to five years, it still continues to have the same vision from when it was founded - bringing the world together through play.

With 100 million MAUs and counting, a host of young entrepreneurs paying their way through education, and China expansion on the horizon, it seems to be achieving its goals.

Roblox was ranked eighth in PocketGamer.biz’s list of the Top 50 Game Makers for 2019.