$100m dev payouts, 1.2 billion hours of engagement a month: What we learned at the Roblox Developers Conference

The Roblox team discussed the game’s growth, the latest developments on the platform and its predictions for the future 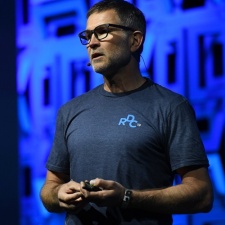 This year’s European edition of the annual Roblox Developers Conference (RDC)took place in London alongside the main show in San Francisco.

During RDC, the Roblox team discussed the game’s growth, the latest developments on the platform and its predictions for the future.

Highlights from the opening sessions included the announcement that Roblox is on track to pay out $100 million to developers in 2019, while it has now hit over 1.2 billion hours of engagement a month.

PocketGamer.biz got an exclusive media invite to the event, and we've pulled together the key news and stats, which you can view by clicking on the link below.