AdInMo’s Chris Wright shares his insight from the Pocket Gamer Monetiser Summit, including his excitement at the seismic disruption the ad industry is experiencing 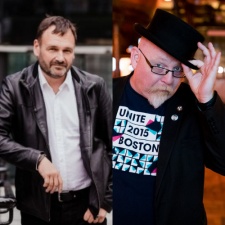 I started in the games industry in 1995 at console developer Inner Workings. In 1998 I joined I-play to set up the game development and publishing side of the business.
As European Director of Production and Publishing I helped I-play to become a top three mobile games publisher worldwide, with relationships spanning EA, Activision, EIDOS, Universal Pictures, MGM and many others.
In 2010 I co-founded DeltaDNA , a data mining and monetization SaaS company serving the games industry. I was CTO until 2018, where I stepped back to a Board Director and Technical Advisor role.
I currently run an independent technology consultancy business, Games Consultancy Ltd.
Games Consultancy provided operational and strategic consultancy and has worked with the Scottish Government, major publishers including Capcom, Microsoft and EA and a wide range of technology start ups and estabilished businesses.
I am also a Visiting Professor at Abertay University working with the University in their Digital Entertainment School.

The mobile games industry is at a precipice. With Apple’s post-IDFA environment becoming firmly defined and Google formulating its own response, the reliability of tried-and-tested monetisation strategies are fluctuating – with around 39 per cent of mobile devs losing money as a result of IDFA changes.

This was the backdrop for the Pocket Gamer Monetisation Summit. But far from a mournful gather, it was an opportunity to talk about how the mobile games industry is finding new and creative ways of engaging its player base and opening new revenue opportunities.

Although the summit was held under loose Chatham House rules – you can discuss who was there, but not what was discussed – sponsors AdInMo have kindly shared comments from Chris Wright, chief technology officer at AdInMo, who throughout the day excitedly stressed that “real innovation comes from changes in the industry, and we’re at another one of those points of change”.

Below are excerpts from his panel appearances, interspersed with commentary from moderator Oscar Clark, chief strategy officer at Fundamentally Games.

How F2P changed the world, and can ads do the same?

Chris Wright: It was all about F2P – which people initially thought of as horrendous and that it would destroy the industry – but people would build paid-for games and try to make it work as F2P. The industry slowly got around to to properly building F2P and conducting analytics, and that sort of things is happening with ads, they’re just getting thrown in.

Originally, it didn’t matter because they were interstitials – they were designed to be part of a game, so you put them in as a way of monetising. Rewarded ads represent the first time ads became something more than a means to make money, but were part of the experience.

We did a load of analytics looking at how people played F2P and we could predict who was going to be a spender. So we could switch off ads for them – and this turned out to be a really bad idea. Spenders also like ads, especially rewarded ads, because it adds to the experience. Players want a hybrid model.

What we’re doing at AdInMo is really building ads into the game and doing something specific. This is a recognisable part of any developing industry: when film first came about, people who use it to record the theatre. It took 20 years before people thought to take it out of the theatre and make cinema. People always start with the previous, and build on. That’s what we’re doing with ads.”

Oscar Clark: That’s the same as my time at Unity Ads: we couldn’t get people to see the pattern of introducing the value proposition and how that would support the IAP offer. Many times, people design it as a tax, which puts people off buying in the first place.

This shouldn’t be IAPs versus advertising, but how we build a hybrid model. We recognise that there are different ways of earning, and we recognise that games have to generate revenue. How do you make the ecosystem and content of the game – and potentially further, if we’re thinking about play-to-earn – is in alignment?

This shouldn’t be IAPs versus advertising, but how we build a hybrid model

Connect the dots between IAPs and in-game ads

I’ve been thinking a lot about advertising in games in connection with IAPs, and while traditionally people think of the ads, IAPs, and game itself as separate things, but I want to know whether we can make everything come together? Rewarded ads were one of the first ways of doing this, but what about using ads as placements for IPs?

We know from analytics getting people to spend is really hard. No one wants just ads, no one wants just IAPs, and no one really wants to spend £40. But if you can encourage and motivate them to spend £3-4 in IAPs, have a healthy relationship with ads, and eventually spend a little more to buy the game, that’s a good outcome.

But I’d argue they don’t spend £40 on a game upfront, but rather spend that money on an idea of what they’re going to get. I know I’m splitting hairs on that one, but that’s a key difference.

I don’t think ads will change that. People expect ads out around the world – on billboards as you’re walking around, during sport broadcasts, no one has a problem with ads in the rest of the world. Why should we care about ads being bad in games?

Actually, I think ads are a superpower for games: in what other platform can you advertise a competitor product and doesn’t detrimentally affect you. That’s an amazing thing.

Can you push players away to keep them coming back?

Flow is a really interesting idea – the idea of having something so important to you, the next time you look at your watch, it’s five hours later. And games are one of the very few entertainment mediums that allows you to get exceedingly involved, this is core to why games have become successful.

Advertising has to become a part of that. Advertising is already a key mechanism but it has to support the flow of the game. Nobody likes interstitials because they interrupt. We have to make sure the ads don’t get in the way of the player enjoying the experience, but wouldn’t it be so much better if it also enhanced how much they enjoy it as well as generating revenue for the developer? That’s got to be designed from the start, alongside with the game.

When you design a game, design from scratch with the monetisation in lace and make it part of the experience so it actually works, rather than putting it in late and interrupting the flow and you get all of the problems we’re all used to now.

It’s the old adage: how do you make money out of somebody playing your game? You’ve got to keep them playing your game. If they don’t play, you guarantee that they won’t make money. So retention has to be the most important thing – and monetisation is secondary to that.

Pushing someone away from a game on the view that they’ll come back is a huge risk. 50-60 per cent of players don’t come back after session one. Keeping them in the experiences is absolutely key, but giving them motivation and reasons to come back is central to that.