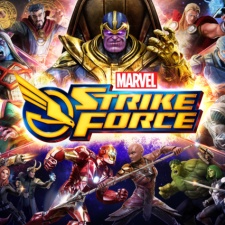 The LA studio best known for Marvel Strike Force, which made over $150 million in revenue from its first year, will become part of Scopely's portfolio after previously being picked up by Disney due to the company's purchase of 21st Century Fox in 2019.

FoxNext's console and PC subsidiary Cold Iron Studios was included in the transaction, with the firm currently working on an upcoming title that will utilise the Alien IP.

The acquisition contains the likes of Marvel Strike Force and Avatar: Pandora Rising (in development) but does not include the separate portfolio of Fox IP licensed games titles, which will continue to be a part of Disney’s licensed games business.

As part of the deal, FoxNext Games president Aaron Loeb will join Scopely in a newly created executive role, while Rahimi will lead the former's Los Angeles studio within Scopely as President of Games.

"We have been hugely impressed with the incredible game the team at FoxNext Games has built with Marvel Strike Force and can't wait to see what more we can do together," said Scopely chief revenue officer Tim O’Brien.

"In addition to successfully growing our existing business, we have been bullish on further expanding our portfolio through M&A, and FoxNext Games' player-first product approach aligns perfectly with our focus on delivering unforgettable game experiences. We are thrilled to combine forces with their world-class team and look forward to a big future together."

FoxNext Games senior vice president and general manager Amir Rahimi added: "Both FoxNext Games and Scopely are committed to bringing beloved worlds to life through interactive gaming experiences designed to be played for years to come, and we believe this shared focus, coupled with our businesses' unique strengths and Scopely’s expertise across multiple game genres, will lead to even greater success in the future."

Rumours that Disney wanted to sell off FoxNext Games have been circulating since September 2019. It was reported at the time that Disney CEO Bob Iger is simply not interested in developing games at the firm.

We recently spoke to Digit Game Studios founder Richard Barnwell on life after being acquired by Scopely and what it meant for the studio's own licensed game, Star Trek Fleet Command.