Acquisitions are changing up the mobile games landscape

Zynga, Scopely and AppLoving have made acquisitions this year 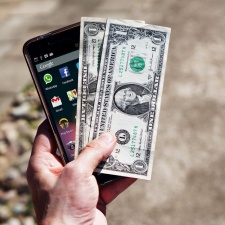 Mergers and acquisitions are a significant part of the games industry and can make a huge difference in how dominant a company is.

Analytics firm Sensor Tower has taken a look at the mobile space, particularly game genres, and how acquisitions have shaped industry leaders.

King, champions of the puzzle genre, reigned supreme in the US for the first nine months of 2020. Currently, the Activision-owned mobile specialist holds 30 per cent of the market. Year-on-year, the Candy Crush creator, has seen an increase of six per cent in player spending as it grossed $846 million.

Meanwhile, with 27 per cent, Playrix is the second-biggest player in the puzzle space. Best known for titles such as Gardenscape, the company generated $742 million between January and September, almost double what it made last year.

However, Zynga has risen the ranks to hold 18 per cent of the puzzle games market. Its success can be attributed to its acquisition of Toon Blast creator Peak Games, the deal set Zynga back $1.85 billion.

The strategy genre has been dominated by Clash of Clans creator Supercell for quite some time. In the US, between Q1 and Q3 2020, the Finnish studio generated $378 million, with 22 per cent of the market share.

In second is Guns of Glory publisher Fun Plus, with 20 per cent of the strategy genre revenues, it was up 58.7 per cent year-on-year with $339 million.

However, a company worth taking note of, particularly when it comes to acquisitions, is AppLovin. The company holds six per cent of the market, making it eighth overall. Its rise in the strategy genre comes down to its acquisition of Machine Zone, best known for Game of War.

Meanwhile, Voodoo has secured its spot at the top of the hypercasual genre, at 28 per cent, its market share is 10 per cent higher than second place. Earlier this year, the French developer and publisher received minor backing from Tencent.

Between January and September, Voodoo's games library racked up 210 million downloads. At 125 million installs, AppLovin falls in behind Voodoo. The company entered the hypercasual games market in 2018 when it launched Lion Studios.

To top it off, both Zynga and IronSource have also decided to get involved with the genre, as they have acquired Rollic and launched Supersonic Studios, respectively.

Finally, when it came to RPGs, Netmarble proved to be the most dominant in the US, thanks to titles such as Marvel Contest of Champions – courtesy of its Kabam acquisition three years ago. Across nine months, the company generated $254 million in revenue, an increase of 68.6 per cent year-on-year.

Meanwhile, with a market share of 17 per cent, Bandai Namco earned $230 million, meaning it was up 22 per cent year-on-year. The Japanese firm's success comes down to titles such as Dragon Ball Z: Dokkan Battle.

However, as far as acquisitions are concerned, Scopely has seen great success in the RPG genre thanks to its purchase of FoxNext Games in January 2020. The company appears to be continuing its acquisition path, as it recently picked up match-three developer Genjoy.