Followed by Honor of Kings and Genshin Impact 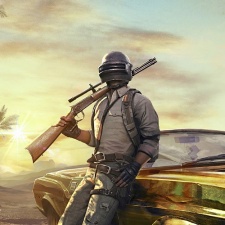 PUBG Mobile has reclaimed its spot as the top-grossing game worldwide as it topped the charts for February 2021, according to Sensor Tower.

The majority of its earnings came, at 66.5 per cent came from China and the localised version dubbed Game For Peace. Followed by the US and Saudia Arabia with 7.4 per cent and three per cent, respectively.

As of September 2020, PUBG Mobile has grossed $3.5 billion in lifetime revenue. No doubt Krafton will hope to see similar success when it launches PUBG: New State later this year.

Meanwhile, a second Tencent title took the No.2 spot, Honor of Kings, known as Arena of Valor in the West. In February, the battle arena title generated $218.5 million, most of which, 95.6 per cent, came from China.

The top five grossing mobile titles were rounded off by MiHoYo's Genshin Impact, which topped the Google Play charts, in third place while Pokemon Go and Roblox sat at No.4 and No.5, respectively.

Coming at No.2 on Google Play, Niantic's augmented reality title had an impressive month when it came to revenue. Pokemon Go picked up $124.2 million in player spending, giving it one of its best-ever months for revenue.

Overall, the game saw a 95 per cent year-on-year increase from February 2020, with the Pokemon Go: Kanto event being cited as a key reason.

The event took place on February 20th, and it gave the location-based title its best day for revenue, $10.6 million, since July 29th, 2016, when it grossed $13.3 million. As of November 2020, Pokemon has generated $4 billion in lifetime revenue.

Meanwhile, Roblox also had a good month on the mobile platform, coming at a crucial time given the company went public yesterday. In February, at a growth rate of 84.8 per cent year-on-year, the games platform grossed $101.6 million.

By the end of February 2021, Roblox had surpassed $2.5 billion in lifetime revenue on mobile.