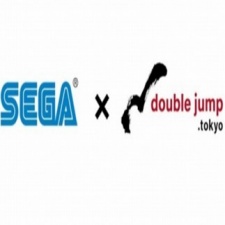 While Sega is providing the licensing as IP holder, it will be double jump.tokyo developing the game and building upon its Oasys blockchain – a "chain structure optimised for games" that supports NFTs.

Moving with the times

The platform and release date for the game are yet to be revealed and the type of gameplay remains unknown, but what has been confirmed via 4Gamer.net is that this will be the latest title to use images from the Sangokushi Taisen series, which made its start in 2005. Traditionally, this franchise’s games would be played in arcades in Japan and involve physical card collection to then use said cards in-game.

Sega announced its commitment to gaming NFTs last year after the success of Axie Infinity, a blockchain game that broke beyond one million active daily users in August 2021. By October, its developer had reached a $3 billion valuation.

Many other companies have been entering the blockchain and metaverse space too, including those outside of the gaming industry. McLaren revealed its MCL36 at the start of 2022 within Roblox, and more recently the streaming brand Spotify launched its own island in Roblox too.

Sega, meanwhile, has been further familiarising itself with the mobile games industry in China via the exclusive license it granted Jinke for two Sonic mobile games in mainland China. These titles, Sonic Dash and Sonic Dash 2: Sonic Boom, were developed by Hardlight and originally released years earlier in the rest of the world.