Stumbled start or headed for the Google graveyard? 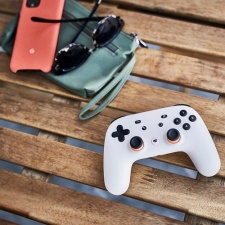 It's been quite the year. 2020 has seen much of the world battle a pandemic not seen for over a century, which subsequently has affected businesses and livelihoods as many countries now head for a certain recession. With people forced to remain indoors, games have seen increased usage and higher rates of spending, something that the likes of Sony and Microsoft will hope to benefit from as each launches its next generation of consoles.

Meanwhile on November 19th, 2019, two days after the first recorded case of the Coronavirus, Google took its first major step into the gaming landscape with the launch of its cloud gaming service, Stadia. What followed was a year of mishaps, woes and experiments that have left what was supposed to be a "revolutionary" and a "leap forward" moment for the tech giant and industry at large in quite a peculiar spot.

But first, let's go back to where it all began. Where the name Stadia had yet to be uttered publicly and rumours of Google shaking up games filled internet forums with speculation and wonder. It was then in January 2018 that former Microsoft and Sony veteran Phil Harrison announced he would be relocating to California to work with Google on a new mysterious project which set tails wagging.

Eight months on and Google debuted Project Stream, inviting beta testers to come and try Assassin's Creed: Odyssey through a Chrome browser. Early reactions from those that lived in more technologically advanced cities were promising, still, there was scepticism.

The idea of cloud gaming or the "Netflix of games" is something that has never been achieved. Sure, there were attempts by the likes of GameFly, OnLive and even Sony's PlayStation Now but nothing quite stuck the landing. The latter of which reached 2.2 million subscribers early this year, yet with 100 million-plus PlayStation 4's in the wild, a lack of faith in the technology still remains.

Fast forward to GDC 2019 and Google CEO Sundar Pichai took to the stage to reveal that the company has been "building a game platform for everyone". While no console or box was in sight, the Stadia controller was first shown along with the witchcraft concept of being able to watch a game trailer on YouTube, before jumping into the 4K 60 frames per second experience at the touch of a button.

Strong partnerships with Ubisoft, ID Software, Unity and an influencer program indicated that Google was serious about getting developers and users to adopt. Outside of third-party support, Google took the opportunity to unveil Stadia Games and Entertainment, a first-party studio headed up by EA veteran executive Jade Raymond.

However, no sign of any exclusives near to launch and the actual technical proprietaries (Harrison advised a minimum of 25 megabit internet connection shortly after the conference) of getting the service running anywhere outside of Silicon Valley left a lot to be desired.

Google has struggled to communicate with not only the general consumer but those that are truly invested in their Stadia grand plan...

Soon after, Stadia began ramping up development. Job openings, talk of accessibility and a commitment to publishers were all well and good but consumers and media still struggled to understand what would actually be available to them on day one.

Taking inspiration from Nintendo and their hugely successful direct showcase, the first Stadia Connect premiered in June, where finally a date, price and line-up were made clear… kind of.

A $9.99 Pro subscription service, a $129 Stadia Founder's Edition as well as a 'Stadia Base' service spelt more confusion. Numerous games were announced - both old and new - yet clarity on how many titles users would obtain at its November launch remained a mystery.

From its inception, Google has struggled to communicate with not only the general consumer but those that are truly invested in their Stadia grand plan; those that consider themselves the hardest of the hardcore.

As the months rolled on, there were glimmers of hope. 4,000 developers applied to be part of the Stadia Partner programme, the firm opened its first game studio in Montreal, and early Founder's Edition bundles began selling out across Europe, yet a black cloud constantly loomed.

This all culminated in a last-minute launch line-up of 22 games (with not all titles running at 4K and 60 frames per second as promised), early users not being given access, mixed reviews, and the absence of several key features - namely Crowd Play, wireless controller support, State Share and Stream Connect. A day to forget indeed.

The signs were there from the start with many questioning why Stadia didn't opt for the Early Access route, something it's xCloud competitor thrived off. Early numbers didn't look good either (175,000 downloads of the Stadia app from November 5th to 19th), and the conversation immediately went from bad to worse. It wasn't' long until Google went silent.

The following months were quiet from a publicity point, nonetheless, in the backdrop the studio looked to bolster its team, snapping up Assassin's Creed developers and acquiring Typhoon Studios for first-party development. A partnership with BT was formed in January to offer customers free Stadia Premiere editions with broadband deals, support for further Android mobiles and even the belated arrival of the free Stadia tier - anything to change the conversation.

While some praised the service, it was hard to avoid the overwhelmingly negative reaction and concerns that it was only a matter of time before Google pulled the plug. After all, this is a company that has a website dedicated to all the products it's cancelled. This was then corroborated by a report in March 2020 (via Business Insider) that suggests developers and publishers are avoiding the platform due to a lack of incentives to bring games over as well as Google's overall commitment to the industry.

Three days later, Sony Santa Monica studio head Shannon Studstill was recruited to lead Stadia's new Playa Vista first-party studio. A high calibre get, yes, but still signs that something substantial could be years away. This rings further true than ever on Stadia's one-year anniversary, with still a lack of exclusive games that would compel consumers to invest.

The problem is, it's difficult to sell a system on the promise of last year's Star Wars game...

Sony arguably won the console generation due to hits like Spider-Man, God of War, and Horizon: Zero Dawn, to name a few, while Nintendo has built a strong enough reputation to sustain itself off the back of its first-party games alone. Apple Arcade, which recently celebrated its one-year-anniversary also, has now surpassed more than 140 games on the service, filled with exclusive experiences. These things matter.

It wasn't long after that more deals and incentives to get people onboard became readily available. A two-month free Pro trial for one, which then led to an overall price cut of the Stadia Premiere Edition (reduced to $99) on top of the more recent giveaway of Stadia Premiere Editions for any YouTube Premium subscribers.

The problem is, it's difficult to sell a system on the promise of last year's Star Wars game (still yet to be released at the time of writing). If ever, Stadia desperately needs a Breath of the Wild, a Spider-Man: Miles Morales or even a Halo: Infinite.

This was all made incredibly more difficult under a global pandemic, no doubt. Platform holders had to adapt, and fast! PlayStation, Xbox, Apple, and Nintendo have continued to showcase titles throughout their various digital presentations, while Stadia has kept quiet. Since launch, there have only been two Stadia Connects (April 28th and July 14th, 2020), and seemingly nothing planned for the one-year anniversary.

It's difficult because while publishers may be less likely to commit, there is no better time than now to reboot the whole mentality and aura surrounding Stadia. To come out and say it was a rough first year but we've learned, and here's everything we're launching today and everything you have to look forward to could change some people's minds.

There's also the cost element to consider. $99.99 to get in through the door is certainly appealing when a PlayStation 5 and Xbox One Series X both cost upwards of $499.99.

Instead, Google has announced that it will finally begin public iOS testing this week. Next to this, there's another Stadia Premiere Edition giveaway for anyone that has pre-ordered Cyberpunk 2077, the free rollout of Destiny 2: New Light to all players, the first full implementation of - the originally announced for launch feature - State Share and the expansion to more EMEA regions by the end of the year. All welcome additions but let's be real: it's hardly worth a second glance on the day that the PlayStation 5 makes its global launch.

365 days on, the company has yet to announce any official figures - another factor of its communication issue. Google unsurprisingly declined to be interviewed for its one-year anniversary. What does give us a somewhat idea is that the Stadia mobile app has been downloaded two million times to date across the App Store and Google Play (via Sensor Tower). Android makes up an estimated 1.4 million installs, with iOS support not available outside of the aforementioned testing, all painting a grim picture.

It's possible we may never get official figures if the writing is already on the wall. New Chromecasts already won't support Stadia until the better half of 2021 and it doesn't seem like any new publishers are lining up for its attention anytime soon. Google has the money to keep investing but as its history has shown, it doesn't have a problem pressing the kill switch.

And that would be a tremendous shame, considering the work and early potential Stadia exhibited. It's a different landscape now, though. Competition is rife. Outside of Microsoft's xCloud solution and Nvidia's GeForce Now, Amazon Luna is on the horizon and undoubtedly Sony will be back with a bigger swing.

Maybe Stadia had to walk so the likes of xCloud and such could run? Maybe this year's struggle can be put down to the pandemic? Maybe there's still a future for Stadia where we all look back and just laugh at its early teethings? Maybe it's already too late? Maybe there's no coming back? Maybe Stadia will just be another failed product residing in the Google graveyard? Maybe, just maybe...